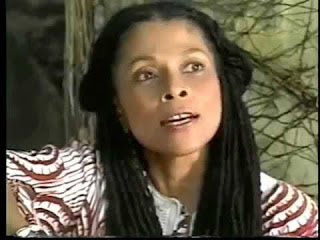 My name is Assata Shakur, and I am a 20th century escaped slave. Because of government persecution, I was left with no other choice than to flee from the political repression, racism, and violence that dominate the US government’s policy towards people of color. I am an ex-political prisoner, and I have been living in exile in Cuba since 1984.


I have been a political activist most of my life, and although the U.S. government has done everything in its power to criminalize me, I am not a criminal, nor have I ever been one. In the 1960s, I participated in various struggles: the black liberation movement, the student rights movement, and the movement to end the war in Vietnam. I joined the Black Panther Party. By 1969 the Black Panther Party had become the number one organization targeted by the FBI’s COINTELPRO program. Because the Black Panther Party demanded the total liberation of black people, J. Edgar Hoover called it “greatest threat to the internal security of the country” and vowed to destroy it and its leaders and activists.
In 1978, my case was one of many cases bought before the United Nations Organization in a petition filed by the National Conference of Black Lawyers, the National Alliance Against Racist and Political Repression, and the United Church of Christ Commission for Racial Justice, exposing the existence of political prisoners in the United States, their political persecution, and the cruel and inhuman treatment they receive in US prisons. 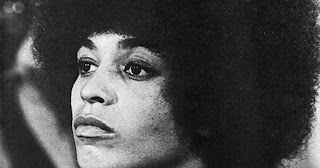 I was falsely accused in six different “criminal cases” and in all six of these cases I was eventually acquitted or the charges were dismissed. The fact that I was acquitted or that the charges were dismissed, did not mean that I received justice in the courts, that was certainly not the case. It only meant that the “evidence” presented against me was so flimsy and false that my innocence became evident. This political persecution was part and parcel of the government’s policy of eliminating political opponents by charging them with crimes and arresting them with no regard to the factual basis of such charges.
On May 2, 1973, I, along with Zayd Malik Shakur and Sundiata Acoli were stopped on the New Jersey Turnpike, supposedly for a “faulty tail light.” Sundiata Acoli got out of the car to determine why we were stopped. Zayd and I remained in the car. State trooper Harper then came to the car, opened the door and began to question us. Because we were black and riding in a car with Vermont license plates, he claimed he became “suspicious.” He then drew his gun, pointed it at us, and told us to put our hands up in the air, in front of us, where he could see them. I complied and in a split second, there was a sound that came from outside the car, there was a sudden movement, and I was shot once with my arms held up in the air, and then once again from the back. Zayd Malik Shakur was later killed, trooper Werner Foerster was killed, and even though trooper Harper admitted that he shot and killed Zayd Malik Shakur, under the New Jersey felony murder law, I was charged with killing both Zayd Malik Shakur, who was my closest friend and comrade, and charged in the death of trooper Forester. Never in my life have I felt such grief.


Zayd had vowed to protect me and to help me to get to a safe place, and it was clear that he had lost his life, trying to protect both me and Sundiata. Although he was also unarmed, and the gun that killed trooper Foerster was found under Zayd’s leg, Sundiata Acoli, who was captured later, was also charged with both deaths. Neither Sundiata Acoli nor I ever received a fair trial We were both convicted in the news media way before our trials. No news media was ever permitted to interview us, although the New Jersey police and the FBI fed stories to the press on a daily basis. In 1977, I was convicted by an all-white jury and sentenced to life plus 33 years in prison. In 1979, fearing that I would be murdered in prison, and knowing that I would never receive any justice, I was liberated from prison, aided by committed comrades who understood the depths of the injustices in my case, and who were also extremely fearful for my life.
The U.S. Senate’s 1976 Church Commission report on intelligence operations inside the USA, revealed that “The FBI has attempted covertly to influence the public’s perception of persons and organizations by disseminating derogatory information to the press, either anonymously or through “friendly” news contacts.” This same policy is evidently still very much in effect today.
On December 24, 1997, The New Jersey State called a press conference to announce that New Jersey State Police had written a letter to Pope John Paul II asking him to intervene on their behalf and to aid in having me extradited back to New Jersey prisons. The New Jersey State Police refused to make their letter public. Knowing that they had probably totally distorted the facts, and attempted to get the Pope to do the devils work in the name of religion, I decided to write the Pope to inform him about the reality of’ “justice” for black people in the State of New Jersey and in the United States.

In January of 1998, during the pope’s visit to Cuba, I agreed to do an interview with NBC journalist Ralph Penza around my letter to the Pope, about my experiences in New Jersey court system, and about the changes I saw in the United States and it’s treatment of Black people in the last 25 years. I agreed to do this interview because I saw this secret letter to the Pope as a vicious, vulgar, publicity maneuver on the part of the New Jersey State Police, and as a cynical attempt to manipulate Pope John Paul II. I have lived in Cuba for many years and was completely out of touch with the sensationalist, dishonest, nature of the establishment media today. It is worse today than it was 30 years ago. After years of being victimized by the “establishment” media, it was naive of me to hope that I might finally get the opportunity to tell “my side of the story.” Instead of an interview with me, what took place was a “staged media event” in three parts, full of distortions, inaccuracies, and outright lies. NBC purposely misrepresented the facts. Not only did NBC spend thousands of dollars promoting this “exclusive interview series” on NBC, but they also spent a great deal of money advertising this “exclusive interview” on black radio stations and also placed notices in local newspapers.
. . .

Like most poor and oppressed people in the United States, I do not have a voice. Black people, poor people in the U.S. have no real freedom of speech, no real freedom of expression and very little freedom of the press. The black press and the progressive media has historically played an essential role in the struggle for social justice. We need to continue and to expand that tradition. We need to create media outlets that help to educate our people and our children, and not annihilate their minds. I am only one woman. I own no TV stations, or Radio Stations or Newspapers. But I feel that people need to be educated as to what is going on, and to understand the connection between the news media and the instruments of repression in Amerika. All I have is my voice, my spirit and the will to tell the truth. But I sincerely ask, those of you in the Black media, those of you in the progressive media, those of you who believe in truth freedom, To publish this statement and to let people know what is happening. We have no voice, so you must be the voice of the voiceless.
Free all Political Prisoners, I send you Love and Revolutionary Greetings From Cuba, One of the Largest, Most Resistant and Most Courageous Palenques (Maroon Camps) That has ever existed on the Face of this Planet.
Assata Shakur Havana, Cuba 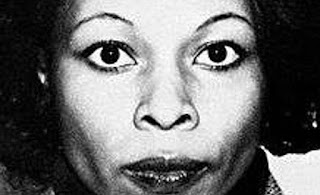 
“Satisfaction lies in the effort, not in the attainment, full effort is a full victory.”
― Mahatma Gandhi