Red Flags In A Relationship 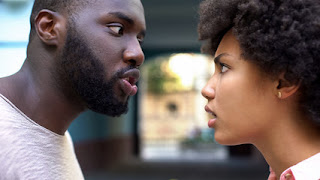 For you to make sense in their world, they will begin to look for things that are wrong with you and point them out. This can be quite upsetting, as you’ll go from someone who could do no wrong to someone who can do no right. Even the tiniest, most unimportant things will be criticized. Insecurity causes envy, spite, and being critical of others. It also can cause verbal, emotional and sometimes physical abuse. You can’t fix them, but you can avoid having your self-worth attacked by choosing not to pursue the relationship any further.

Your feelings as a victim will tell you whether or not you're being abused in a relationship. Of course, the abuser will deny your feelings because they expose him for what he is but you need to hold on to these feelings because in them lies the solution to your problems.

Sometimes abusers try to control you emotionally  by becoming: 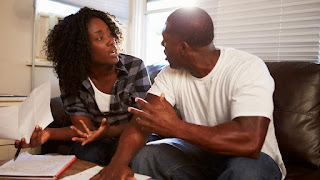 Most relationships start off being close, for the first few weeks at least or even months. The abuser initially can't get enough of his potential partner. He makes her feel special. He's extra careful about how he treats her Few women will get involved with a man who's rotten from the word go.

Other abusers may show doubtful qualities from the outset such as conscious manipulation, but the woman sees nothing wrong with this. She may honestly feel she can tame him in a long-term relationship. But in reality, it's difficult to change manipulative and controlling behavior learned early in life from role models, peers and patriarchy, for when the man reaches adulthood, it is so ingrained in him that it's like a lifestyle.

There are many men who are attracted to vulnerable women because of some recent trauma in their lives. Many other men have begun relationships with women by helping them to break away from abusive partners, only to start controlling and abusing the women themselves. Then there are those abusive men who seek out women of ill-health or who are by-products of troubled childhood by posing as rescuers so they can ultimately tie the women to their needs. Be aware of all these types.

Recognizing the nature of the abusive man's problem can be the first step away from your woes. Below are some of the common signals to help you determine whether you are being abused or not. You might find that your partner does not fit neatly into any of these "types" but seems rather draw bits of himself from each one.

At home, he may be domineering, selfish and self-centered but on the outside of it, he may be given to acts of kindness, have a great sense of humor, and be well-respected by friends and colleagues. You may start blaming yourself for the behavior he shows to you in private. "What is it about me that sets him off?" You'll wonder. But in reality what he has done is strongly cultivate his public persona, you should be able to recognize this disparity when it comes to the fore.

He is jealous and possessive. He watches you closely with every man or demands you cut off your interactions. He interprets every move as provocative or flirtatious. When he sees you coming out of an elevator with a colleague, he's adamant that you're having an affair with him. When you vehemently deny this, he asks: "Why do you look so flushed then? Something must have happened in that elevator..." Virtually every day, he goes on and on like this, creating a crazy scenario after a crazy scenario. The more puzzled and adamant you are in your denials, the angrier he becomes. If you do ever have an affair, he could do you some serious harm. But if he's having an affair himself, any attempts to hold him to account are dismissed as "nagging" or Provocation. 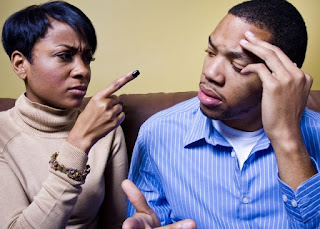 When he feels powerless, he turns to manipulation. When he fails at something, it's manipulated so it becomes your fault. You will never live up to his ideal. Then he may relax his relentless verbal attacks for a while and may actually be all affectionate and loving but before long, the abuse starts it's vicious circle again.
The abuser makes meaningful discussions difficult. He puts a marker on how long the discussion will last before his patience runs out. Once that point is reached, he may start yelling, telling you you've pushed him too far and may go on and on about your pushy attitude.


If you don't do what he wants, there's always the threat of violence, taking something away from you like a child or ending the relationship. It's a pattern that's repeated over and over again. He can never see you as an equal. Goals are never set mutually or discussed together on equal terms. He may not even be willing to make plans with you for the weekend but plan them himself and demand you go along.

He blocks your attempts to discuss a problem with "I never say anything right!" but he is also cleverly communicating that the matter is beyond discussion.

He turns himself into the authority on parenting even if he contributes little to the actual work of looking after the children. He will watch from the fringes during periods of calm but steps in to provide the 'correct' approach when there's trouble. He regards his involvement, however minor, as being in the best interests of the child.

The reality is that when an abusive man feels the powerful stirring inside him that he and others would call love, he is probably largely feeling a deep sense of reassurance that you are still there to devote your life to keeping him happy with no outside interference. He may also feel this strong emotion he wants you to believe in love if his secure little world is threatened with demise. But the abuser's demonstrations and protestations of love are not to be believed. To feel genuine love, he'll have to dramatically reorient his outlook in order to separate abusive and possessive desires from true caring, and become able to really see you.

The confusion of love with abuse is what allows abusers who kill their partners to make the absurd claim that they were driven by the depths of their loving feelings. The media doesn't help when it describes these aggressions as "crimes of passion." But what greater evidence is there that a man did not truly love his partner? When a mother kills her child, no one believes for one moment that she did it out of overwhelming love. Genuine love means accepting that the other person has rights too and developing a relationship that involves give and take on both sides.

An abuser will often exist in a cocoon of denial and refute reality. He will say he has never been abusive, that he loves his partner and would never do anything to hurt her "I never said that", "You're making that all up," "We never had that conversation." "I don't know where you got that"

His generosity towards you will always be self-serving. He may appear loving but the end result is that he wants you to refocus attention on him. Your needs must never conflict with his or you will feel the full force of his fury. He may remind you and others in a hurtful tone of all the things he's done for you. You may not demand any favors in return or remind him of his obligations. If you complain about how rarely he is there for you, he calls you needy and keeps twisting things around so every conversation is about his needs and your responsibilities. He overvalues any small deed that he does for you and may talk about it non-stop for years to come as evidence of how well he treats you and how unappreciative you are. He may also call you worthless and say you bring nothing to the table. He seems to keep a mental list of any favors of kindness he's ever done and expects each one paid back at a heavy interest rate. But he observes your achievements without comment.

An abuser is by nature, self-centered. He has little sense of give and take. He expects far more than he contributes and often feels you owe him what he has done nothing to earn. He talks about his feelings ad nauseam. You have to sit and listen intently through it all being careful not to show even a hint of boredom or irritation, or he will explode.

Nothing is as important as his inner world and his complaints may be as petty in nature as being overtaken at a traffic light. His partner's own crisis and the children's sicknesses are of lesser priority. He has no sympathy for worries that don't affect him personally. He demands your full attention when he's whining and whingeing about things but switches off when you start talking about your problems.

An abuser's idea of sex will be self-focused. It's about meeting his needs. If he feels you are failing in all other departments, then he's going to get his pound's worth in the sexual act. His act will lack intimacy since he cannot truly be close to the woman he is abusing. You are reduced to a sex object in his mind; consequently, you feel used and abused and suffer further loss of self-esteem.

Email ThisBlogThis!Share to TwitterShare to FacebookShare to Pinterest
Labels: Red Flags In a Relationship, Relationships